Thanks for your comments on the last post, really interesting to read about how everyone else got into sewing! 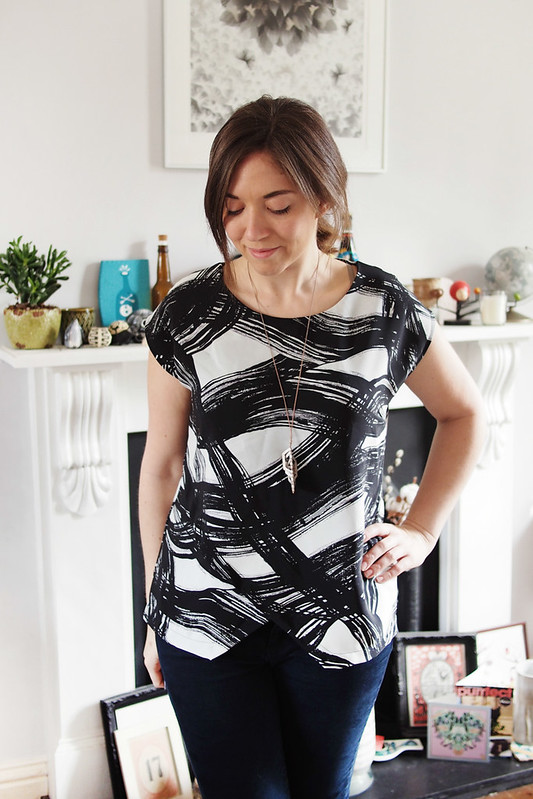 So, I’m proud of myself here: I made a top when I had ample fabric to make a dress instead. I’ve mentioned before that I have a weird tendency to feel like I need to make a dress when I have enough fabric to do so, so it’s a real internal struggle to ever make ‘just a top’ from a 2m length of fabric. SILLY. Anyway. 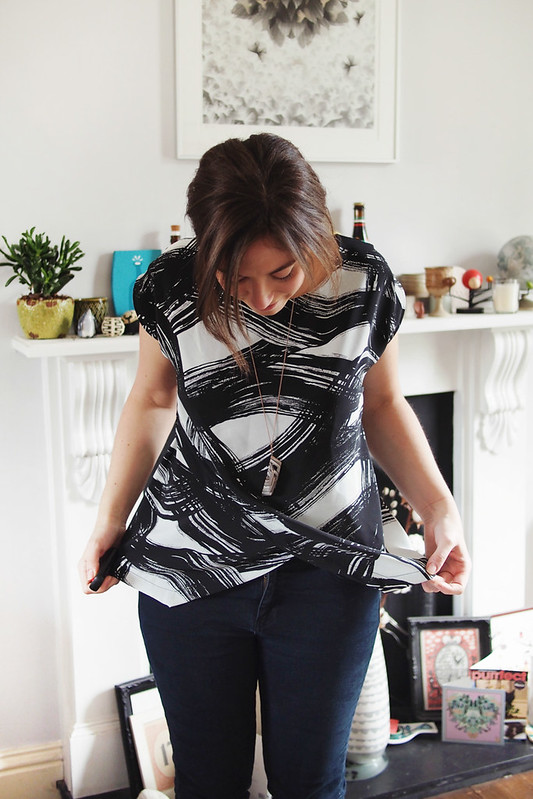 This is a Style Arc Fern top, which came to me because Amy got it as her order freebie and kindly sent it on to me. It’s a rather cool kimono-sleeved top with a double-layered front which end in mitred corners. A bit of an update on the Elizabeth that I’ve sewn a couple of times already. The fabric’s a cheap polyester crepe from eBay, which is why I didn’t mind sacrificing it to a top instead of making a frock.

It’s been said before about Style Arc: the styles and drafting are amazing; the instructions are diametrically terrible. Now I don’t mind minimal instructions but Style Arc ones seem to be written purely to fox you, with terminology frequently mixed up or flat-out wrong (‘stay stitch’ is used interchangeably with understitch and baste in this case) and pointers to refer to diagrams that really don’t make things any clearer. 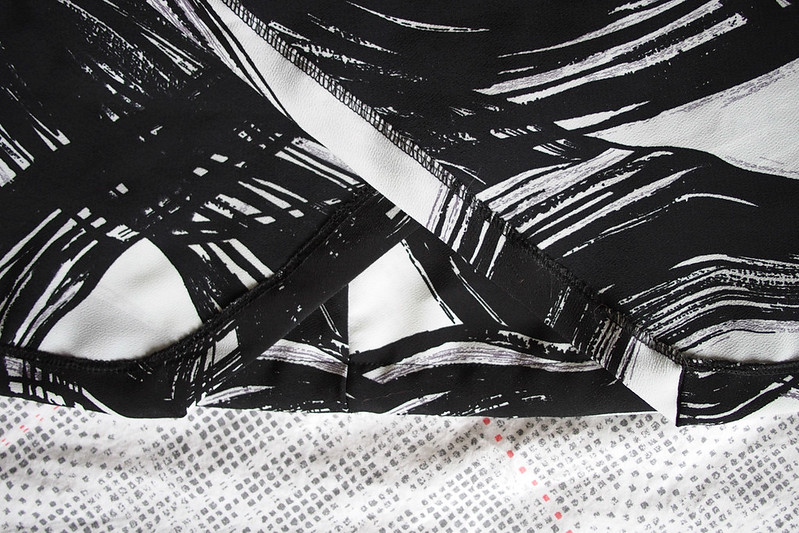 This top has a few interesting details which meant I was puzzling over the construction quite a bit. There’s the mitred seam at the centre fronts, which took a few minutes of head-scratching to figure out but turned out to be quite a neat method to get a sharp corner. 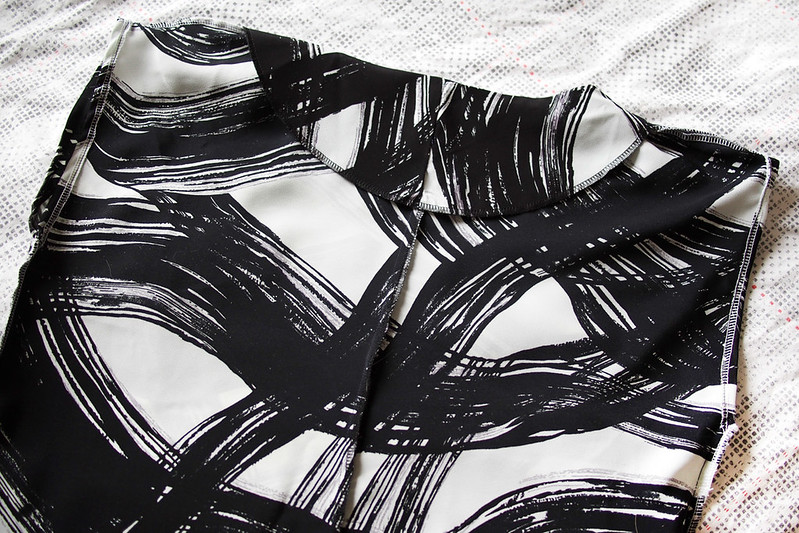 The front neckline is finished by sewing the overlapping fronts RS to WS and flipping over, while the back neck is finished with a facing. To get a clean finish at the neck edge you sew the outer front layer’s shoulder to the back shoulder RS together, then continue to sew the inner front shoulder to the back facing. Makes sense NOW but very much didn’t at the time. Also if your fabric looks similar on the back like mine does, mark which is the front or you might sew the shoulder inside out first try. Ahem. 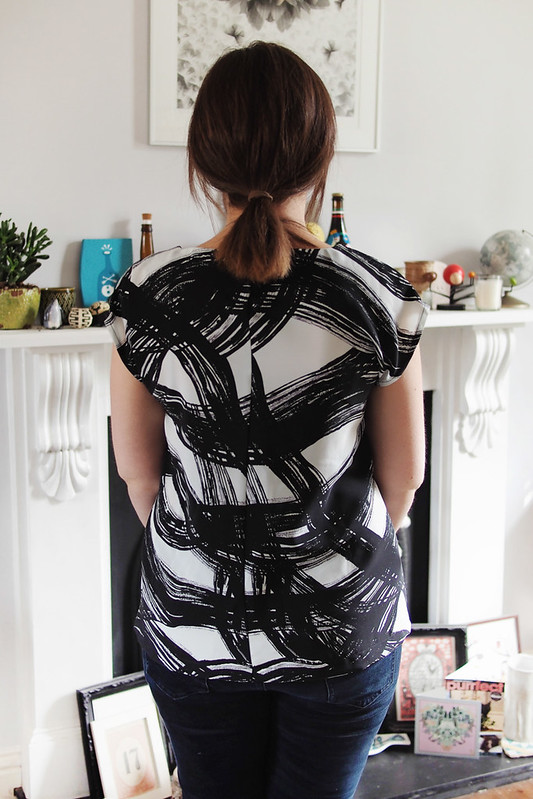 There’s supposed to be a little keyhole split at the top of the back neck: I had a valiant stab at it but had to give up and sew it shut as I simply couldn’t get it looking right by following the directions. After that I gave up with the instructions entirely and made the rest up as best I could. 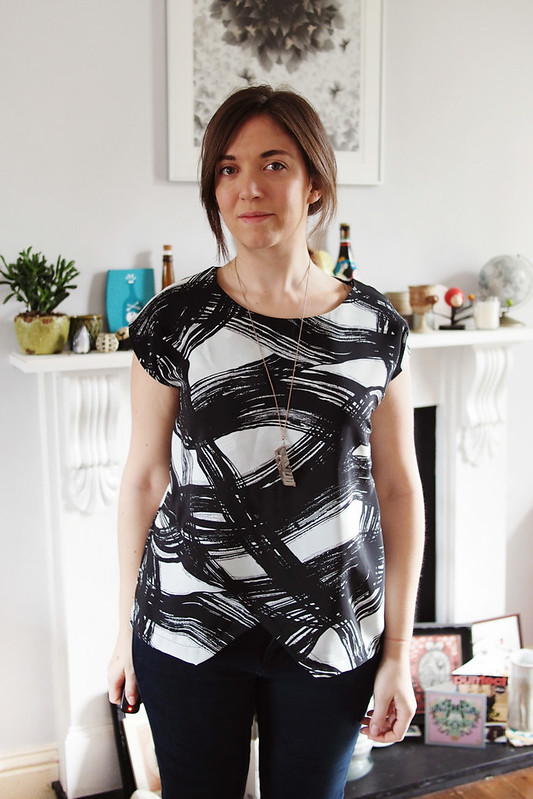 Can’t argue with the fit though, which is perfect right off the pattern. The shoulders of SA patterns seem to fit particularly nicely on me and the length, darts, neckline etc are all just so. It’s a really useful, wearable top, great for work with skinny jeans. I suppose I’ll just have to muddle through and make another one some time! 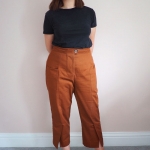 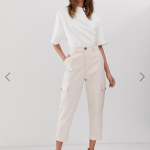 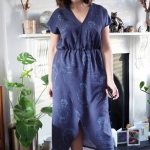