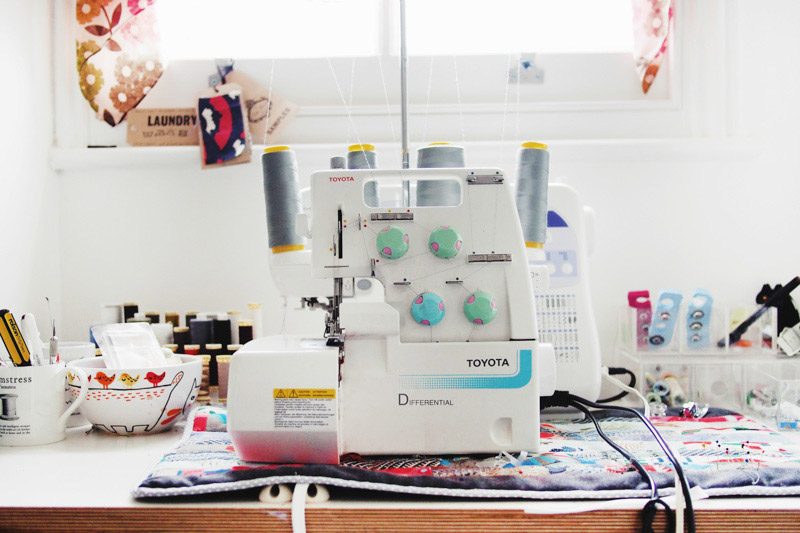 This is a special weekend, because I have my overlocker back! The lovely man at Maury Sewing Machines in Hackney patched it up real good for me, and also gave it some general TLC – sharpening the blade, changing the bulb and giving it all a nice clean and oil. It’s like a new machine and I’m so glad to have it back in working order for only £50. I’ve spent all weekend sewing up the pretty knits in my stash into some much-needed basics to replenish my Kondo-ed wardrobe – tees, sweaters and casual dresses. I’ll share them soon, but for now I have a quick tip on how to speed up your overlocking process a bit by weaving in thread tails as you sew. 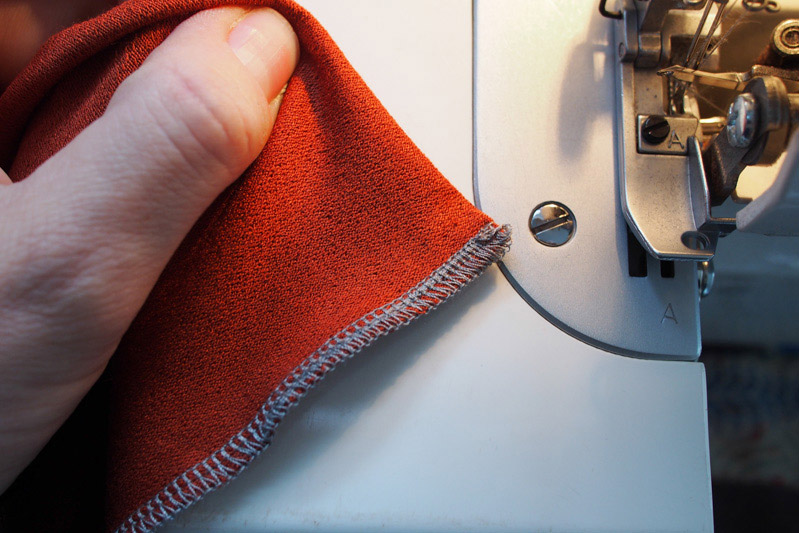 I first saw this technique mentioned as an aside during Heather’s Ginger sewalong, and it’s also outlined in the Simplicity sewing book, which of all my reference books is the one with some really handy tips, especially in the overlocker chapter. It’s a really useful time-saver to neatly finish an overlocked/serged seam wherever you’ll be leaving the start of the seam open (ie not crossed over by another seam) in the finished garment. For example at the shoulder seam if you sew on a neckband in the flat, a sleeve seam with a flat-set cuff, or some types of pocket bag. I hope the photos and descriptions make sense, shout in the comments if not! 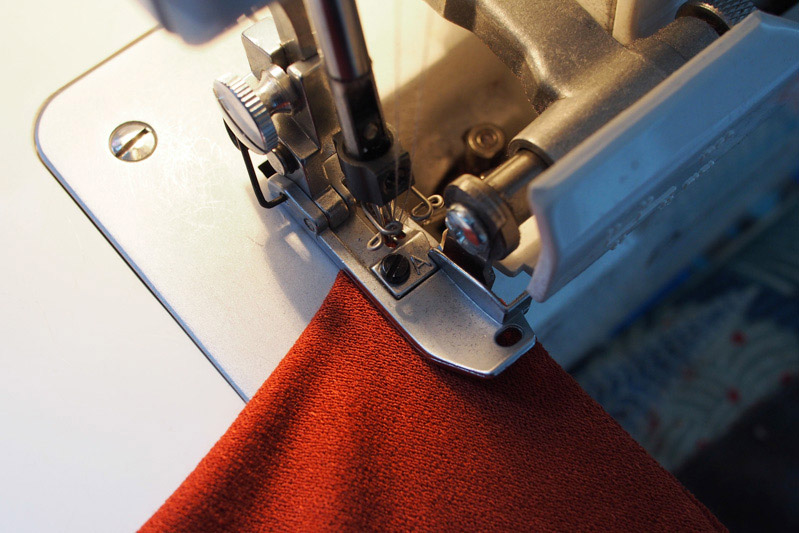 1. Make sure you have a decent length of thread chain (a couple of inches) coming off the machine before you start sewing. Now feed in the seam and sew the first 1 or 2mm, so the needle is only just engaged with the fabric. Stop and hand-crank the needles to the down position if they aren’t already. 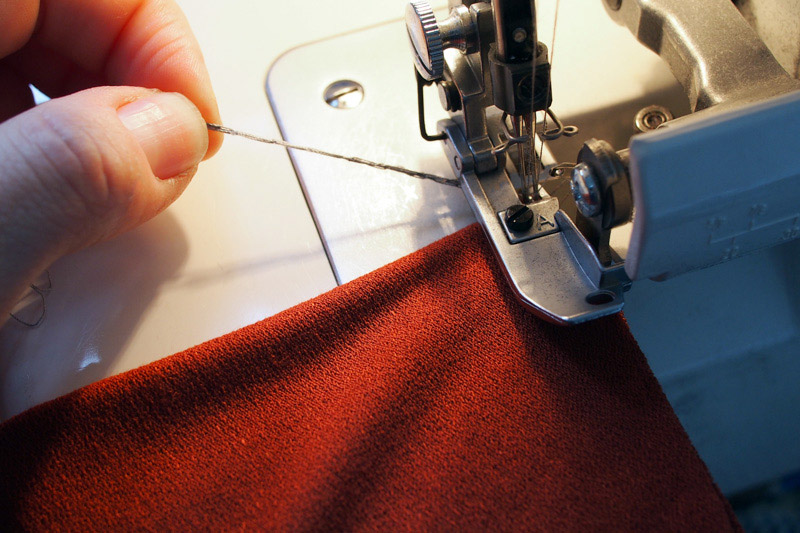 2. Raise the presser foot. Grab the thread tail and pull it round the left-hand side to the front. You want to pull pretty tight so that any stitches on the little prongs behind the needles fall off and become taut. 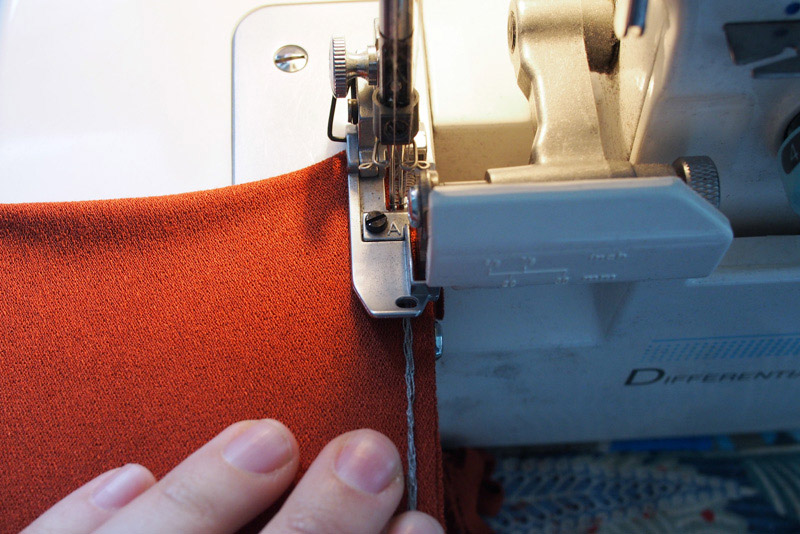 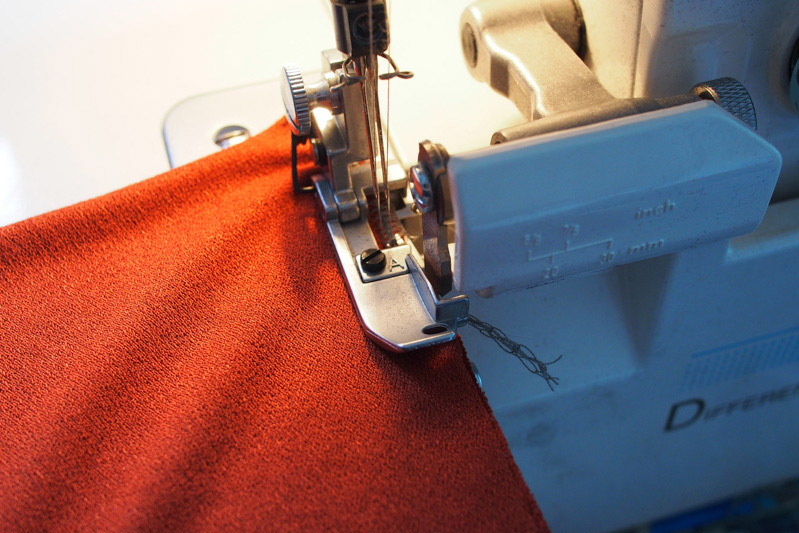 4. Now keep sewing, and your thread tail will get caught in the seam as you sew it. After a couple of inches you can pull it off the right-hand side so the excess is cut off by the blade.

The result! Tidy seam edge, zero effort. Will you be giving this a go? 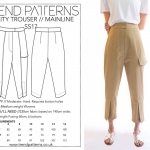 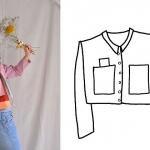 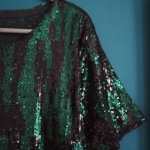 36 thoughts on “Quick tutorial: Weave-in serger tails as you sew”