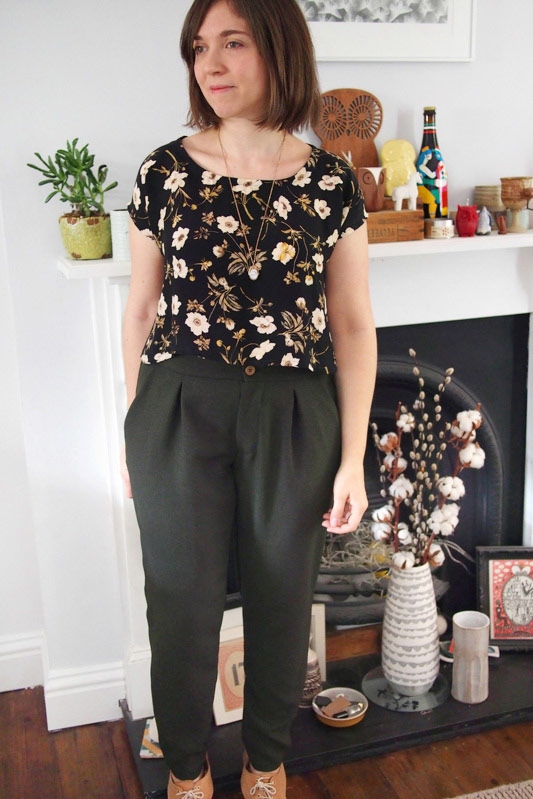 Despite already having a TNT pattern for this type of pegged trouser shape (Burda 7017), I bought the Papercut Guise pattern just to see if I’d prefer it. For one reason or another (bad fabric, ruined from over-washing, poor construction) all my 7017s are pretty much out of action these days, so a new pair is definitely needed. I was also intrigued to see how the elasticated back waist of Guise was made and if it had any benefit over a fixed waistband. I made up this wearable toile in cheap poly crepe to test what I thought of it. 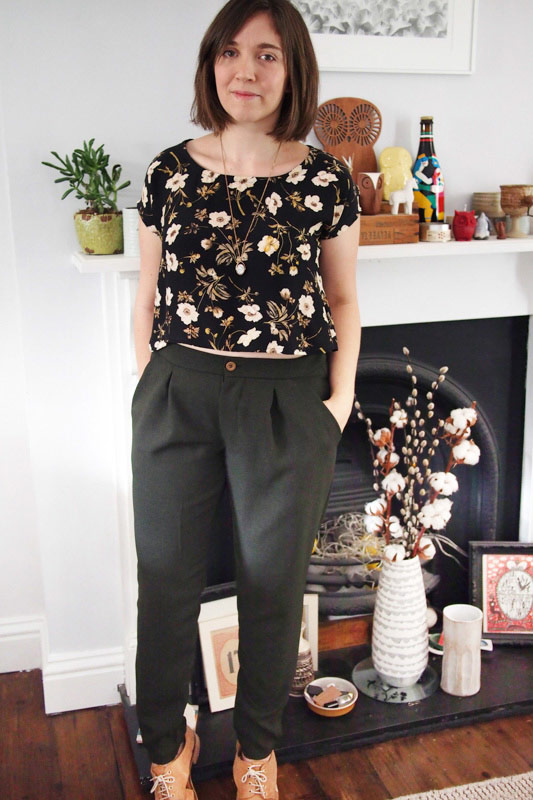 I don’t hate these or anything, there are just a few fit and style issues that mean I don’t like them as much as the 7017 pattern overall. Size wise I cut a straight S going by the finished measurements. They do fit well but I feel like I’d want to make a series of minor tweaks to make them more like the 7017s. For example the rise falls a bit between mid and high; I think I’d like it an inch higher. Then the waist would be too big so I’d need to take it in… so I’m thinking I should probably just stick with 7017 next time, ha ha. 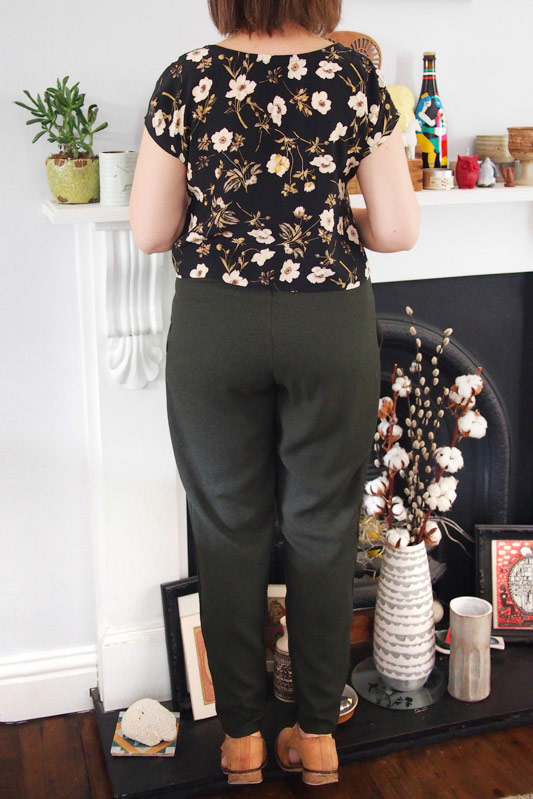 Back view – the elasticated band looks pretty bad when it’s visible (I couldn’t even bear to put up the photo!) so I’d feel like I need to to cover it. Which for me sort of defeats the purpose of high waisted mannish pants as I like to tuck in and show my waist. 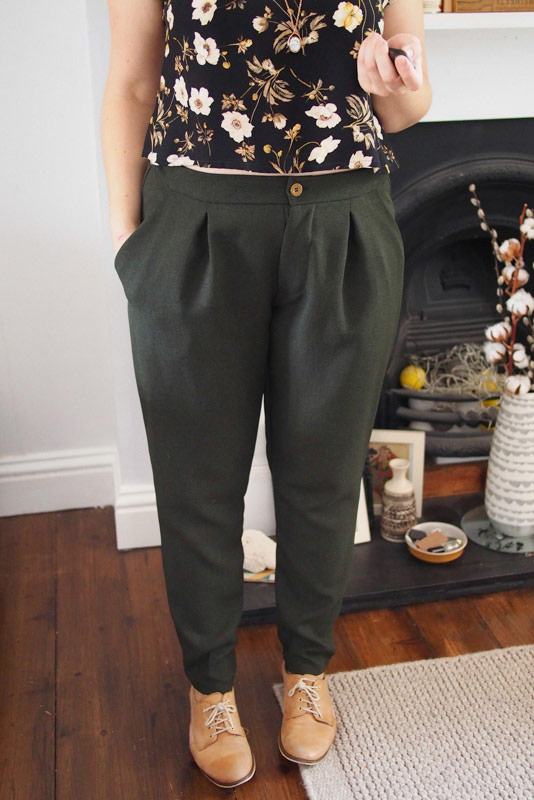 They’re quite a demanding sew as well for casual pants: there’s thirteen pieces, several of which need to be cut in interfacing too, so the cutting and fusing took an entire unpleasant evening. In the end I wimped out of sewing the welt pockets and belt loops in this non-pressable poly which made it much faster. Anyway, the instructions are good and I followed the given fly directions with a good result. I really like the fit in the legs and the release tucks at the hip. 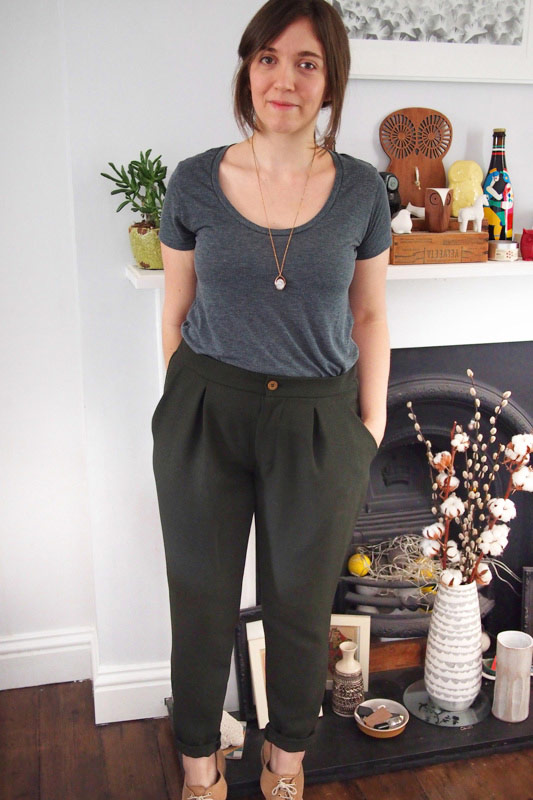 Another styling option where you can see the rise doesn’t hit at my smallest point so isn’t the most flattering. Soooo, I’m sort of of the fence about this pattern and probably won’t be too likely to make it up again. There are a lot of cute Guises out there – Lizzy, Sonja, and Julie – so I think it’s just a case of it not being right for my shape and style. Back to the 7017s for my definitive autumn trousers! 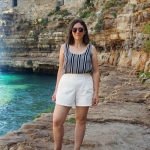 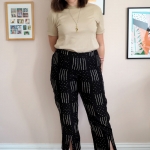 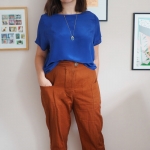