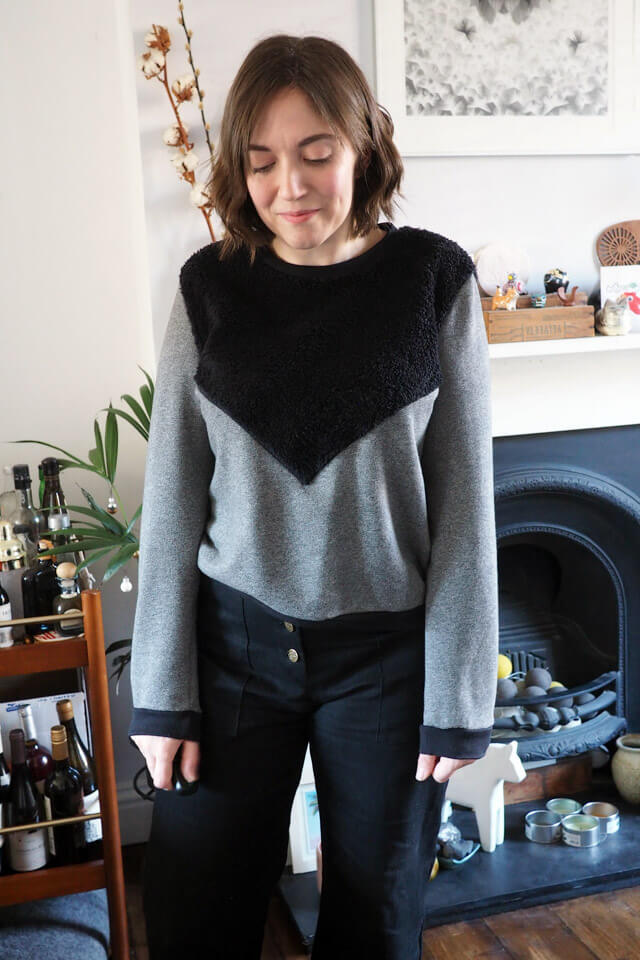 Finally in my house in daylight hours again to take some photos! I have been sewing away at some some fairly relaxing and fast-gratification projects in December, and I’m extra pleased with this one because it used entirely scraps from other projects. 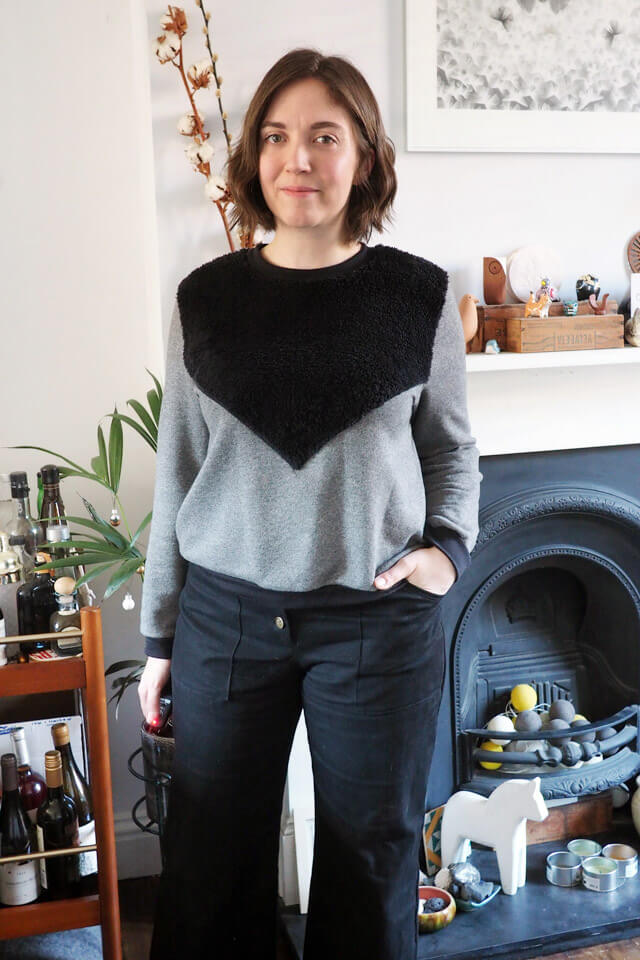 The pattern is the Named Sloan sweatshirt. I’ve been looking for a basic set-in sleeve sweatshirt pattern for ages and completely forgot Named had this one until I saw Catherine post one on Instagram. 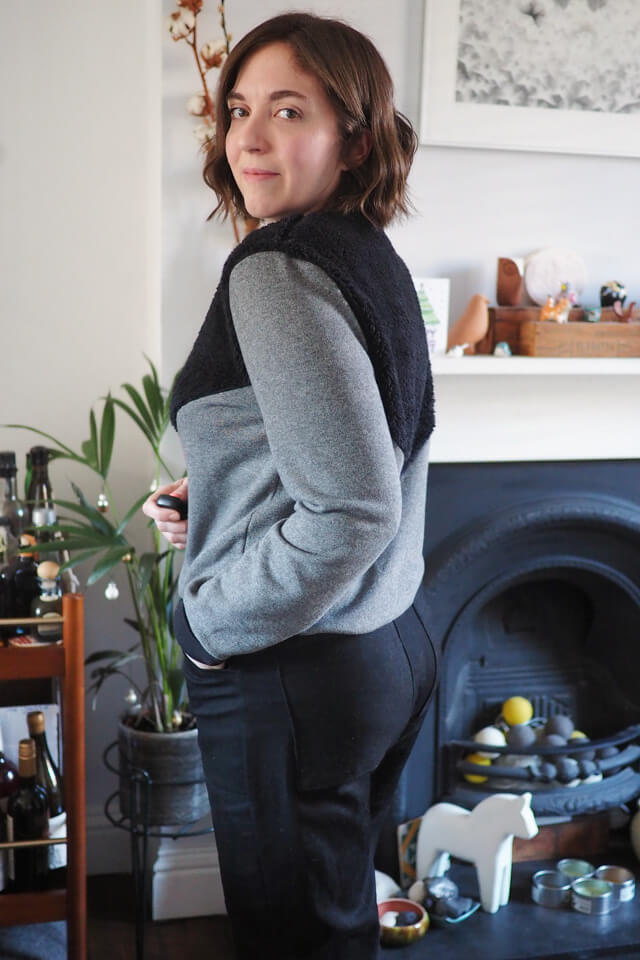 To use up my awkward sized scraps I cut both the front and back into two pieces, creating a chevron shaped V on both. On the front piece I thought I’d be clever and rotate the French dart into the seamline… but then managed to cut two of the lower back piece instead of a front and didn’t have enough to re-cut. It still fitted in place fine but it think it’s causing the slight diagonal drag marks from bust to hem. Otherwise no alterations and like all Named patterns I’m delighted with the drafting and fit.

Can you identify the three previous projects that donated their leftovers? The cuffs and hem came from my Joni track pants, the grey is the other side of the Fabric Store sweatshirting I made a Sunny out of, and the fuzzy black is from my coat. I’m really pleased to have these scraps out of my sewing room and into such a cosy and wearable garment. (p.s. worn here with my Landers, firm favourite pants!)